Located in the lap of nature, Bhavan’s Kodagu Kendra was established on 21st February 2001. The Kendra runs Yoga Bharati - Yoga training courses twice a day it also conducts Kalabharati - weekend art classes. Kodagu Kendra has collaborated with SPICMACAY to bring in highest quality of Indian classical music to rural children. It conducts lecture demonstration on all Indian art forms and concerts to rural children.
This Kendra is known for initiating several rehabilitation programs such as ‘Yashasvi’ for the natives of Coorg especially after the 2018 landslides which resulted in the loss of properties, livelihoods, homes and lives of many people, especially in Kalur which bore the brunt of this deep disaster.
‘Yashasvi’ was brought together to revive the lost livelihoods of people in Kalur. To give wings to the women of Kalur, Project Coorg initiated a skill development program in culinary and tailoring for women, and were given step by step assistance to help set up entrepreneurial ventures. Today these women have put the bitter memories of the natural disaster behind them and look forward to the future with vigour and confidence.

In September 2018, BVB launched Bhavan’s Project Coorg to contribute its mite to help the victims of natural disasters. This month BVB is completing four years of its service to a section of the victims. For the initiative, BVB chose Kalur village which was badly hit with landslides resulting in loss of houses and cultivated lands—coffee estates and paddy fields. It was the worst disaster in the history of Kodagu.
To begin with, BVB imparted training in food processing and tailoring to 65 women of Kalur village under a programme known as Yashasvi. After training, they were provided work on a regular basis and they began to manufacture a line of packaged high-quality masalas, chocolates and other food products under the brand name Coorg Flavours.
Simultaneously, a tailoring unit was set up with sewing machines and required facilities, which now produces school and NCC uniforms, as well as uniforms required for government departments and private organisations. Every woman working here earns sufficient income because of BVB’s initiative.
BVB’s Project Coorg has two stores, which help sustain this project, at Madikeri, capital of Kodagu district. 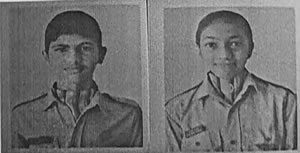 Sergeant Gyan Kaverappa M N and Sergeant Dechamma M S participated in the best cadet competition held at Moodbidri Mangalore and were adjudged Best Cadets of Junior Division and Junior Wing simultaneously for the year 2021-22. They were awarded cash prizes of Rs.4500 each. 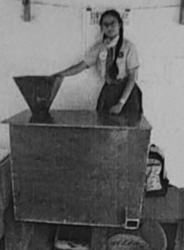 K L Belaku Bollamma of Class 9 received the Inspire Award of Rs. 10,000 for her innovative idea of the coffee cleaning machine. This award is for model preparation.