The Kendra was formally inaugurated on October 6, 2007. 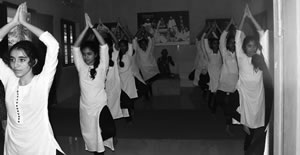 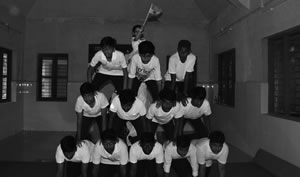 The place has immense historical importance as it was the venue of a speech by Mahatma Gandhi in connection with the freedom struggle. ‘Mahatma Khadi Ashram’ located here had launched the ‘Ek Paisa Fund’, to ensure the participation of all people in the Khadi Movement. Bhavan’s Vidya Mandir, Pathanamthitta is located in this Panchayat and every year Bhavan’s students visit this place as a mark of respect. 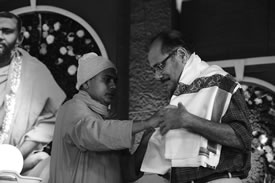 Hon. Secretary of Pathanamthitta Kendra, Sri PI Sherief Mohammed who is also the president of Ramakrishna Math, Pathanamthitta was invited to address the centenary celebrations of Ramakrishna Mission, Bhubaneshwar, Orissa between January 24-26, 2020. The week-long celebration was inaugurated by the Chief Minister of Orissa Sri Naveen Patnaik and attended by Ashok Chandra Panda, State Minister and Sri Pradap Chandra Sarangi, Central Minister, about 200 monks of the Ramakrishna Order and a huge audience from India and abroad. Sri Sherief was congratulated and honoured with Ponnada for his glittering service in the Ramakrishna Order.
He also inaugurated the Vivekananda Jayanthi celebrations of R. K. Mission, Thrissur and Ramakrishna Vivekananda Mission Thiruvalla and the 75th anniversary celebrations of R. K. Mission, Poonkunnam during the month of January 2020. 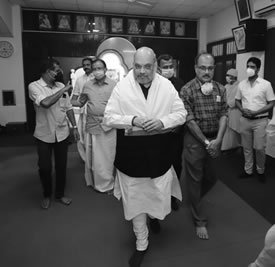 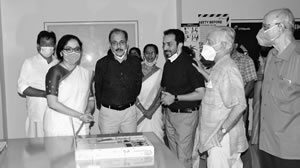 To provide experiential learning and equipping the students with the necessary 21st century skills Atal Tinkering Lab or popularly known as ATL has been set up at Bhavan's Vidya Mandir. In this lab students will be able to practically learn the basics of electronics, mechanics, programming, robotics and artificial intelligence. The ATL will provide a platform for the students embarking on this journey towards excellence. ATL is a project under NITI AYOG, Government of India. The Lab was inaugurated by Dr. Divya S Iyer IAS, District Collector, Pathanamthitta, in the presence of Hon. Chairman Shri. T K A Nair IAS (Retd.), Hon. Secretary Shri P I Sherief Mohammed and others. 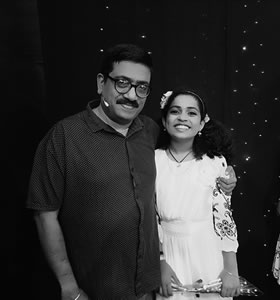 Devananda Rajeev of BVM, Pathanamthitta, class V students, is a remarkable singer and owns a Facebook page and a YouTube channel in her name.
She has given over 100 live performances on social media through the Facebook pages of several temples of Kerala and also through several other Facebook pages.
Devananda bagged the first place in the Kirtanam, Jnanappana Competition held at Ayirur Cherukolpuzha by the Hindumatha Parishad in 2019. In a very short span of time Devananda has sung 5 devotional albums, a school reopening ceremony song, two Onam songs and an Independence Day patriotic song -altogether 13 album songs. Her music guru is the renowned Malayalam Film Music Director Shri Jason J Nair.
Devananda has been melodiously rendering devotional songs in many temples in Kerala. The devotional song called 'Tulsi Kathir Nulliyedutha' bestowed her great opportunities and recognition. She sang the same devotional song in Vol - 2 of 'Tulsi Kathir Nulliyedutha' and the song went viral over the social media! She had the opportunity to participate in Music 7, a musical programme hosted by Kairali Channel, and in Hello Namaskaram another popular programme hosted by Flowers Channel.