Bharatiya Vidya Bhavan, Nagpur Kendra was established in 1970. Since its inception, the Kendra has been managing varied activities as catering to the development of the Schools, managing the Infrastructure requirements, arranging for guest lectures of eminent personalities, demonstration-lectures for Bhavan’s Kalasrjan etc. to name a few.
The Nagpur Kendra manages 9 Bhavan’s Schools (six in Nagpur City, and one each at Wardha, Mouda and Satna. To promote Indian Culture through Dance and Music, it takes care of Bhavan’s Kalasrjan (Academy of Indian Music, Dance and Fine Arts), wherein, in Dance, Bharatnatyam and Kathak are taught, in Music, Hindustani Vocal and Carnatic Music is imparted, and in Instruments, lessons are conducted in Tabla , Mridangam and Sitar.
The Kendra also has its Computer Division i.e. Bhavan’s Gandhi Institute of Computer Education & Information Technology, where Computer Courses are imparted to the economically weaker sections of the society. The Courses are Office Assistant, Desktop Publishing and Account Assistant Course, which have a three- month’s duration. A session of Personality Development Module is also conducted at the Institute to groom the students with Interview Techniques and Group Discussion, which help them in securing jobs.
The Bhavan’s Centre for Human Excellence is also an added feature, through which Guest Lectures and Interactive Sessions on latest trends in Education Policy, Maintaining a Healthy Life, Science Awareness Programmes, Workshop on Quality Education etc. are held.
The Kendra also conducts the Saral Sanskrit Examination every year under the aegis of Saral Sanskrit Examinations Department, Bharatiya Vidya Bhavan, Mumbai, wherein an average of 300 students give the exam, and are awarded certificates.
The Sanskrit Examinations are held for Balbodh, Prarambh, Pravesh, Parichay and Kovid.

Bharatiya Vidya Bhavan’s Centre for Human Excellence, Nagpur organised a three day workshop from July 21 to July 23, 2022 on the topic “Teaching Primary Children – Emerging New Perspective” for all the teachers handling Primary Classes in the eight Bhavan’s Schools under Nagpur Kendra. The workshop was conducted by Shri G. Balasubramanian, Former Director, Academics CBSE. The objective of the Workshop was to help the teachers to establish healthy classroom environment, create effective teaching styles by adopting different pedagogies to enhance teaching and learning and to inculcate holistic development for pre-primary children.

While briefing the teachers Shri Subramanian stated that the process of education is to make the brain smarter and not stronger. Therefore, a pre-primary teacher should create an environment for learning, should not be judgmental and should accept the children as they are. He opined that facial expressions, eye-contact, hugging and touching play an important role in pre-primary education, and hence, self-help, skill development and story-telling should be essentially included in pre-primary education. 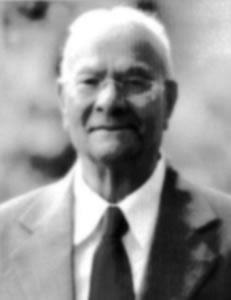 Senior Advocate Shri Krishnarao Hariharrao Deshpande, one of the pillars of strength of Bhavan’s Nagpur Kendra left for his heavenly abode on March 25, 2022, at the age of 94 years.
Shri Deshpande, a legal luminary and noted scholar, started practicing Law in 1953 at Akola. After a few years, he shifted to Amravati and thereafter to Nagpur, and started practicing at Bombay High Court. A doyen of Bar, he was conferred with the designation of Senior Advocate by the Bombay High Court in 1977. He was fondly referred to as ‘Bhishma Pitahmah’ of the Nagpur Bench, and was gifted with razor sharp memory, wit, legal acumen and ability to interpret the law and handle any complex situation
with ease.
A senior Kendra Committee Member of Bharatiya Vidya Bhavan, Nagpur Kendra, Shri Deshpande was associated with the Bhavan since four decades, giving valuable advice on legal matters pertaining to
the smooth functioning and development of Bharatiya Vidya Bhavan, Nagpur Kendra.
Shri Deshpande had participated in the Freedom Struggle too. He was an active congress worker and was arrested in June 1942 for distributing literature regarding Quit India Movement against the British.
He was a highly respected legal luminary, and had authored commentaries on Bhagavad Gita and Upanishads and several books on spirituality titled ‘Shri-Geetarthabodh’, ‘Chandev-Chalisi’ and ‘Dakshina-Murti’, to name a few. He was conferred with the title of ‘Tattvajna Vibhushana’ by Kavi Kulaguru Kalidas Sanskrit University, Ramtek.
Sr. Advocate K. H. Deshpande is survived by his wife Usha, sons Justice Ravi K. Deshpande, (Retd.), and Rajeev Deshpande, (C.A.), daughter Sneha Pangarkar and grandchildren. May God give strength to his family to bear the irreparable loss, and may his soul rest in eternal peace.

An Annual Folk Dance Competition was held at Subhash Mandal, Cotton Market, Nagpur, from January 21 to January 22, 2020 in which varied dance groups in and around Nagpur displayed their talent. The Competition comprised Solo Dance, Group Dance, Folk Dance and the theme selected for the Folk Dances was Indian Tradition, Culture and Patriotism. the prize winners were given cash prizes and mementos.

Dr. Ajoy Kumar Mukherjee left for his heavenly abode on July 19, 2020, at the age of 77 years. Dr. Mukherjee, an eminent Cardiologist was the Associate Secretary of Bharatiya Vidya Bhavan, Nagpur Kendra.
Dr. Mukherjee started his medical education from Government Medical College and Hospital (GMCH), Nagpur in 1961. After graduation, he did DCh in 1967, and pursued MDE (Medicine) under Dr. G.S. Sainani, and secured a Gold Medal in Medicine in 1970. He was also an avid sports enthusiast.
Dr. Mukherjee started his private practice in 1971 at Kulada Clinic, Hansapuri and at Sitabuldi. He served as a teacher for some years in GMCH and at Swargiya Dadasaheb Kalmegh Smruti Dental College and Hospital. He was President of the Indian Medical Association, Nagpur branch in 1982. He was one of the founder members of Cardiological Society of India (Vidarbha chapter). He had a successful career. A soft-spoken person, he was immensely popular among his colleagues and students.
Dr. Mukherjee was an Advisor at Bengali Education Society, a Trustee Member of Paschim Nagpur Durga Puja Committee, and associated with Bengali Association. He had also contributed in rendering medical services to poor and needy through Nagpur Nagrik Sahakari Rugnalaya, being its President.
Through the Association of Bengali Art and Culture, a cultural organisation of Bengali community, Dr. Mukherjee used to hold Bengali cultural programmes.
Dr. Mukherjee was the Associate Secretary, Bharatiya Vidya Bhavan, Nagpur Kendra, and was associated with the Bhavan since January 2004. He was also Member, School Management Committee of Bhavan's Schools under Nagpur Kendra, and Core Committee Member, Bhavan's Kalasrjan. During his tenure, he made exemplary contributions to the Bhavan in the field of Education, Cultural activities, and overall development of the organisation.
Dr. A.K. Mukherjee leaves behind his wife Sudipta Mukherjee, son Dr. Sanjay and daughters Indrani and Preeti. May God give strength to his family to bear this irreparable loss. May his soul rest in peace.