Bhavan’s Pune Kendra commenced its activities on 2nd October 1983 with Shri. M.R. Yardi, ICS, as its founder-Chairman and was inaugurated at the hands of Swami Ranganathanandaji Maharaj of Ramakrishna Mission of Bellur Math.
During the two years of Covid-19 pandemic, we discontinued two institutions viz. Dr. Nanasaheb Parulekar College of Journalism and Communicatin (NPCJ) and Institute of Foreign Languages (IFL), both at Kothrud. The Pune Kendra is exploring possibilities to revive both the institutions in the near future with off line mode.
Also the Pre-Primary Teachers Training Institute ( PPTTC) discontinued its activities from the academic year 2021-22 in view of the National Education Policy (NEP) and it will be converted into full fledged Teachers Training Academy (TTA) to provide orientation, in-house training to teachers working under Pune Kendra. 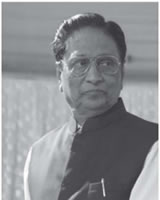 Pune Kendra Committee member Advocate Shri B.E. Avhad (77 years) succumbed to Covid-19 on Friday, 24 July 2020.
Adv. Bhaskarrao Avhad was an eminent law expert and former President of Bar Council of Maharashtra and Goa for several years. He was member of Pune Kendra from October 2010. He was actively involved in Bhavan's committee meetings and was providing guidance to teachers and heads of schools in various educational and other programmes. He is survived by his wife, son and daughter. May his soul rest in peace. 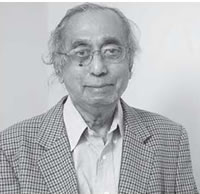 Chairman of Bharatiya Vidya Bhavan, Pune Kendra and former secretary to Government of India, Padmabhushan Dr. P. R. Dubhashi passed away on August 31, 2020 after a brief illness. He was 90. He is survived by his wife, son, and daughter.
Dr. Dubhashi after a brilliant academic career, joined the Indian Administrative Service in 1953, from Karnataka Cadre and held senior positions in the higher positions in State as well as Central Government for more than three decades. He served as Vice-Chancellor of Goa University during 1990-1995, in its formative years.
He has authored several government reports and has written 27 books, six of them in Marathi on several subjects relating to public administration, political science, economic thought, cooperation and Panchayati Raj.
Dr. Dubhashi received many awards for his outstanding career in the field of IAS. In 1993 he was awarded 'Shiromani Award'. In January 2010, he was conferred 'Padmabhushan' and the Indian Institute of Public Administration, New Delhi, conferred on him the prestigious 'Paul H. Appleby Award' for excellence in Public Administration in 2018.
Dr. Dubhashi was chairman of Bharatiya Vidya Bhavan's Pune Kendra for the past twelve years and guided all the educational institutions under Pune Kendra.
Prof. Nandkumar Kakirde, director and honorary secretary, who has worked very closely with him for the last 12 years, expressed shock at the demise of Dr. Dubhashi and said 'Bhavan has lost a father figure, stalwart, guide and a great personality'. May his soul rest in peace.