Bhavan’s Calcutta Kendra was started in the year 1975 at Meredith Street, Kolkata as a Book Store and Advertisement Department. Shri Vidhyarthi was looking after the Book Store and Mr. Thomas was the In-Charge of Advertisement Department. In 1978 Shri C. V. Viswanathan was appointed to look after Book Store Department and the Advertisement Department was closed.
In 1980 a land measuring 5.25 acres was allotted by the Government of West Bengal to Bhavan’s Kolkata Kendra for starting its educational activities at Salt Lake. The foundation stone for the School Building was laid down by the Former President of India, Shri Neelam Sanjiva Reddy on 6th December, 1980. This was possible due to the efforts of Shri Giridharilal Mehta and Shri S. Ramakrishnan with the good wishes of the then Chief Minister of West Bengal, Shri Jyoti Basu. The Kendra Committee was then chaired by Dr. Pratap Chandra Chunder, Former Education Minister of Government of India. The School building was constructed with financial help of Shri Basudev Kanoria. Hence, the School was named as Bhavan’s Gangabux Kanoria Vidyamandir. In 1980 Bhavan had also started a College of Communication and Management at Salt Lake premises and another at Bhowanipore under the name of Asutosh College of Communication and Management to run the Post Graduate Diploma Courses of Rajendra Prasad Institute of Communication & Management, Mumbai.
In 1984 Bhavan’s Gangabux Kanoria Vidyamandir was started in the Salt Lake premises when Mr. Amalendu Bose, Planning Officer and Director of Birla Industrial and Technological Museum was appointed as the Director of Bhavan’s Kolkata Kendra. In 1992 Shri K. V. Gopalkrishnan took charge of the Kolkata Kendra and developed the School. He established a School at Agartala in the year 1996 and a Centre at Guwahati, Assam. In the year 1997 as School named as Bhavan’s Netaji Subhash Chandra Bose Vidyaniketan was started at Haldia, East Midnapore, West Bengal. A Management College was then established in Kolkata Salt Lake Campus in the year 2000. 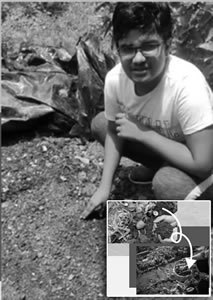 The students of Bhavan's School, Haldia participated in a national-level Sustainable Development Goals Contest (for Classes 9 and 10) organised by Fairgaze in partnership with KidZania and bagged the first prize. The theme of the contest was a one-minute video on any sustainable development goal. The prize winning video showed how wastes are segregated into biodegradable and non- biodegradable. Then biodegradable goes into making compost which in turn is used in gardens as fertiliser for fruit and flower bearing plants.

An award ceremony called Pratibha Samman and Guru Samman Awards 2022 was organised by ‘Prabhat Khabar’, a leading Hindi daily, at National Library Sabhaghar, New Alipore, Kolkata on August 27, 2022, to felicitate students and their mentors for their excellent performance in the AISSE (Class X) and AISSCE (Class XII) 2022. 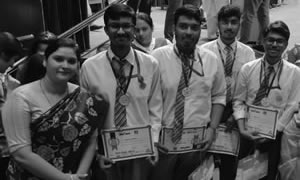 Bhavan’s Gangabux Kanoria Vidyamandir was invited on this auspicious occasion. Top rankers of the school were awarded with medals and certificates.
Smt. Kavita Tiwari, Head of the Hindi department, was felicitated and honoured with the prestigious Guru Samman Award. 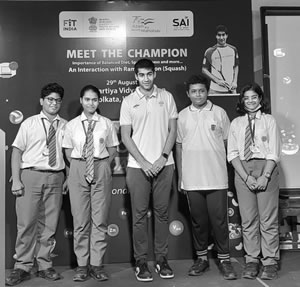 BGKV, Kolkata observed National Sports Day on August 29, 2022 by participating in the Fit India Initiative which was launched by our honourable Prime Minister, Shri Narendra Modi.
The programme was held in the school auditorium. In order to make the students aware of this great mission, the school invited the talented squash champion Mr. Ramit Tandon, the recipient of 4 PSA World Tour Titles. He is a member of the Asian Junior Team and holds six Junior National Titles. Mr. Tandon has represented India in the Malaysian Junior Open.

On August 23, 2022, SPICMACAY conducted a programme for the students of Class 9 of Bhavan’s Gangabux Kanoria Vidyamandir, Kolkata. The programme included an orientation session by Shri. Siddhartha Chakraborty, a senior volunteer of SPICMACAY, and a lecture demonstration by Smt. Vidushi Mandira Lahiri, accompanied by Shri Prangopal Bandopadhyay on the tabla, Shri Anirban Das on the harmonium and Diptom Sinha Biswas on tanpura. Smt. Lahiri’s soulful rendition mesmerised the audience. 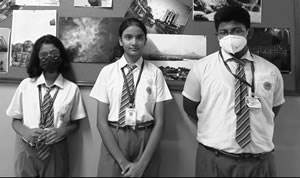 World Photography Day is a celebration of art, craft, science and history of photography, held every year on August 19.
Bhavan’s Gangabux Kanoria Vidyamandir, Kolkata organised a photography display to mark the occasion. The students of Classes 8-12 participated. Topics like ‘Life in Focus’, ‘Hometown Pride’ and ‘Seasons’ were given for the same. The winners were: Anandi Banerjee (Class 8), Swapnil Chatterjee (Class 10), and Garima Saboo (Class 11).