The Chandigarh Kendra was founded on July 16, 1979, under the aegis of Shri Jai Sukh Lal Hathi, former Governor of Punjab & Haryana.
The main activity of the Kendra is centered around its three schools, DRA Bhavan Vidyalaya, Bhavan Vidyalaya (Junior) and Bhavan Vidyalaya New Chandigarh.
Bhavan Vidyalaya Chandigarh, was established on 17 July 1983, with 62 students and a team of 6 dedicated teachers and today is considered to be one of the premier institutions, not merely in the region but also at the National level. At present, the combined strength of all the schools under this Kendra, from Pre Nursery to XII is 3022, with a total of 141 teaching and non-teaching staff. 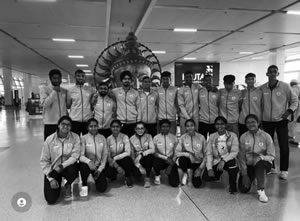 Two students of Bhavan Vidyalaya Chandigarh, Ananya Sharma of Class 9 E and Anushka Sharma belonging to Batch of 2022, non-medical stream made the school proud as they made it to the National Fencing Team representing India in the Asian Youth Fencing Championship held in Kuwait.
This immense international-level achievement of the sisters is a culmination of their arduous practice of Fencing over the last year. The duo had proved their mettle in the Panchkula District Fencing Championship held earlier by winning the top awards. Ananya Sharma also won the Bronze Medal in the recently held U–17 Fencing Foil Event in the District and State Championships.

Ms. Ranjana Jain, Special Educator of Bhavan Vidyalaya, Chandigarh was honoured with the Teachers’ Excellence Award in a glittering award ceremony held at Manav Mangal Smart School, Mohali. She was felicitated by Prof. Tankeshwar Kumar, Vice Chancellor, Central University of Haryana. The award is instituted by Dr. GC Mishra Memorial Educational and Charitable Trust and  Manav Mangal Group of Schools, Chandigarh. The award was conferred in recognition of Ms. Ranjana’s outstanding contributions to the field of special education. She has experience of over two decades in teaching children with intellectual disabilities. 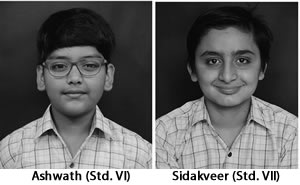 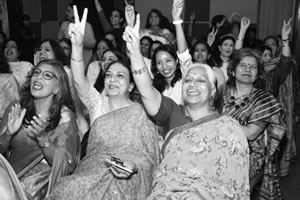 Bhavan Vidyalaya Chandigarh paid a fitting tribute to its teaching staff on the occasion of Teachers’ Day. The management and students organised celebrations which were special this year as Bhavan Vidyalaya New Chandigarh joined the other two schools to celebrate their first Teachers’ Day.
Speaking on the occasion, Shri R. K. Saboo, Chairman Bharatiya Vidya Bhavan, Chandigarh Kendra wished the teachers and appreciated their dedication and commitment towards their profession. He also presented the teachers a book, titled ‘Imagine- No Child Left Invisible’ by Shelja Sen. 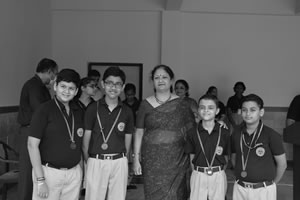 Yajat Kumar of Class 7 brought laurels to the school by winning two gold medals in Pommel and Rings, and two bronze medals in Parallel Bar and Higher Bar in the U-14 Boys gymnastics in the UT Interschool State Gymnastics Tournament organised by Education Department Chandigarh on July 26, 2022.
Meanwhile, in Interschool State Chess Tournament organised by Education Department Chandigarh, the school chess team comprising Aditya Goyal, Dhruv Sachdeva, Naman Aggarwal and Vaibhav Thakur, all of Class 6 and Abhiraj, Class 7, won the bronze medal in the U-14 Boys category.