Bharatiya Vidya Bhavan is one of the premier and coveted educational institutions in India. It has its foundation from Kulapati Dr K M Munshi, a freedom fighter and Educational leader in 1938 with blessings from Mahatma Gandhi. The latest entrant in the family of BVB is its new generation Centre at Vashi. This Centre is poised to be the next generation entity of BVB catering to the cultural and Educational needs of Navi Mumbai and beyond. Besides educational activities, the Navi Mumbai Kendra will focus on Children Club, Yoga and Related Activities and a Cultural Club. The Centre is likely to become one of the hubs of education, spiritual, fine arts and cultural activities in the satellite city of Navi Mumbai 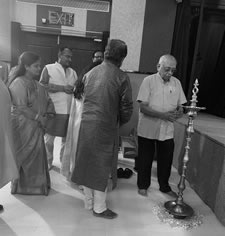 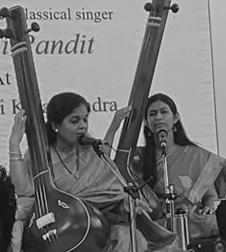 Devaki Pandit, the well-known classical singer enthralled the audience with her performance. Winner of several awards like the Alpha Gaurav Puraskar, Mewati Gharana Award, Maharashtra State Award, Kesarbai Keskar scholarship and others, she kept the audience spellbound during the two hours of the recital.
Several eminent personalities from the world of education and culture graced the programme.

A vibrant and interactive workshop on the power of words, ‘Golden Power,’ was organised by the Kendra’s Children’s Club on July 2, 2022. The workshop was conducted by Nayana Bhat, educationist with 30 years’ experience in teaching and a freelance mental health and psychological counsellor. Nayana Bhat started with sound activity, followed by a word game, story writing and the effect of words and tone while speaking.
‘Bharat, Ek Khoj’ was the theme for a workshop by Arti Kute on August 6, 2022. Arti Kute is a management professional with more than 15 years’ experience in corporates.
The interactive session dealt with the national symbols of India, making of a collage and several other activities.

Monsoon songs, dances, and poems were presented by the talented children of the Kendra in an online programme on June 25, 2022. Marathi, English, Hindi and even Konkani poems and songs were included. Though it was not a competition, the show was so impressive that all participants were awarded participation prizes. In an online essay contest held earlier on the topic ‘My first day of school’, Vedant Gudibanda, Akshara Bedekar, Paarmi Shah and Vivaan Kini won the prizes in the above eight group while Anika Bhat, Ansh Kute, Arjun Adige and Myra Hamid Syed won prizes in the below eight category.

An interesting craft workshop was held for the members of the Kendra’s Children’s Club on May 28, 2022. Mugdha Nadkarni, an innovative craft teacher and recipient of several prizes for her craft and needlework, conducted the class.
Despite the holiday season, several enthusiastic children from Vashi, Koparkhairane and even Chembur participated in the workshop. This was the fourth programme of the year.
The workshop consisted of making lovely wall hangings. Children were asked to bring cardboard, ice-cream spoons, coloured paper, and the like and they diligently followed the instructions. 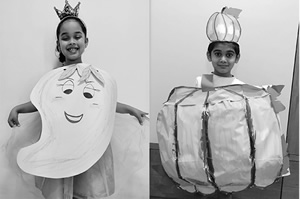 Children dressed as vegetables and fruits and spoke about them in a contest conducted by Bhavan’s Children’s Club. This was the third programme of the club in its second year.
The judge was Deepali Soni of Podar International School. The first prize in the below eight category went to Anika Bhat, second to Ansh Kute and third to Rishi Srivastav. 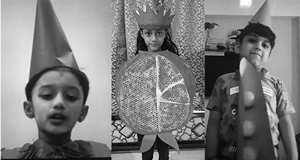 In the above eight category Ira Shrivastav was awarded the first prize. Paarmi Shah was second while the third prize was shared by Vivaan Kini and Vedant Gudibanda.